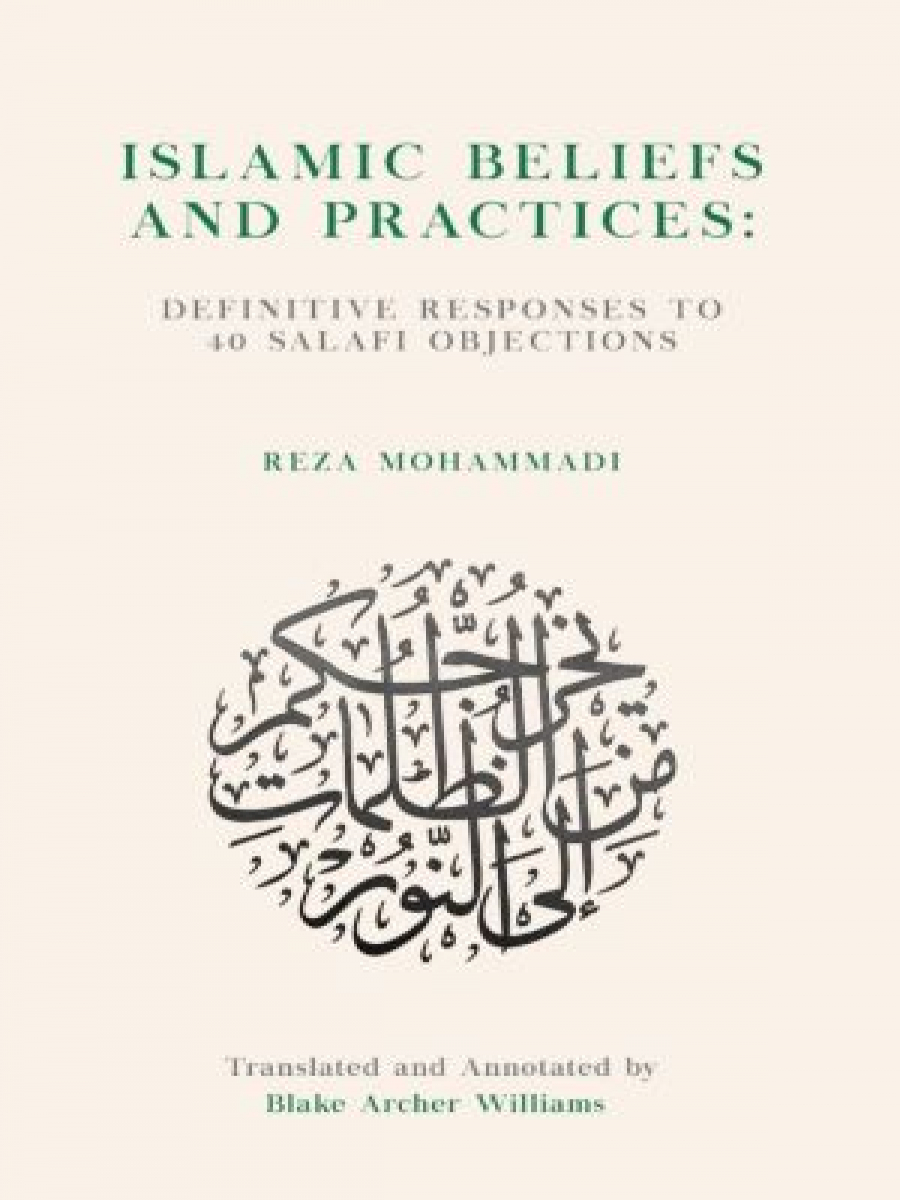 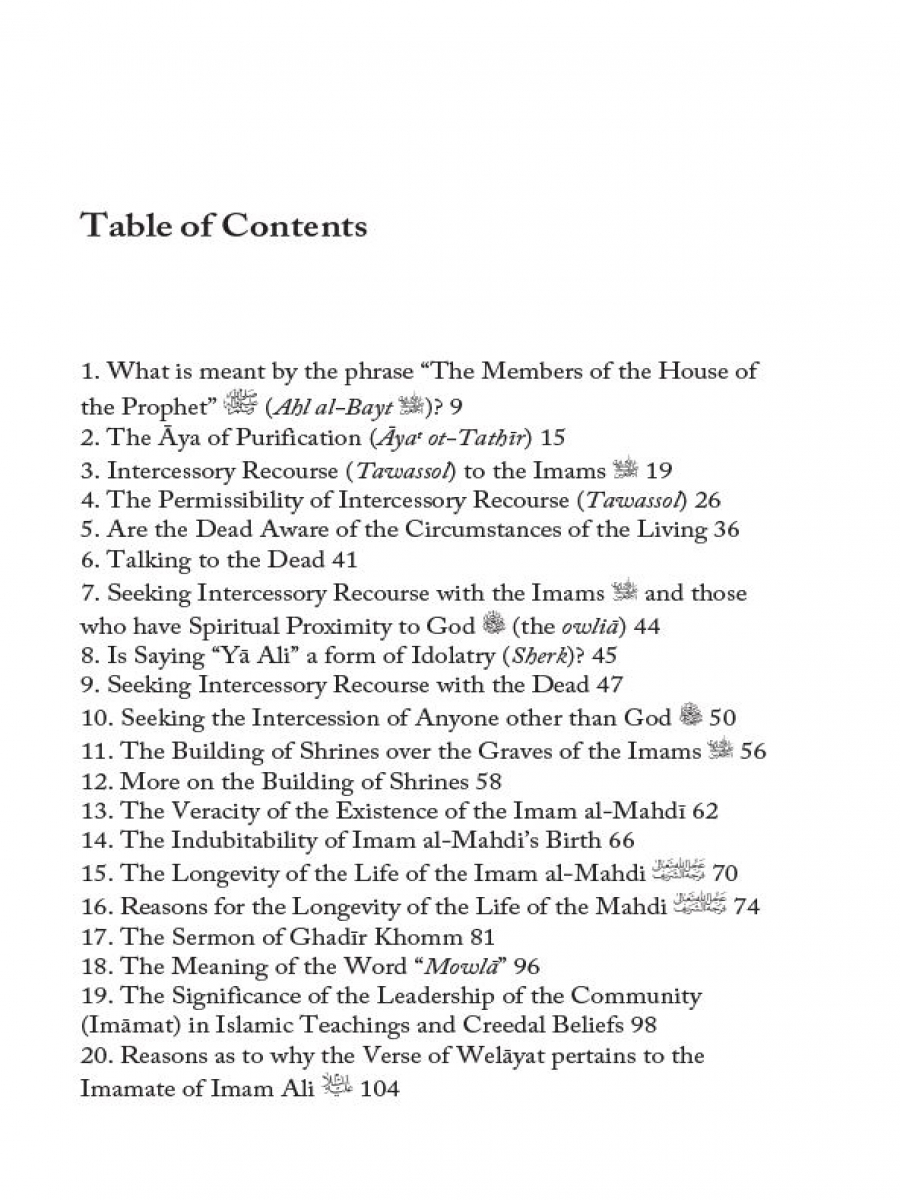 Islamic Beliefs and Practices answers some of the most common yet unfounded accusations that are leveled by Salafis against the beliefs and practices of Sunnis and Shi’a.

Islamic Beliefs and Practices answers some of the most common yet unfounded accusations that are levelled by Salafis against the beliefs and practices of Sunnis and Shi’a alike, such as tawassul and shifā‘a. The answers to these common accusations are comprehensively and succinctly tackled using both rational and scriptural proofs in a simple and coherent manner, leaving no room for any counter-response.

Islamic Beliefs and Practices will enhance the reader’s understanding of many verses of the Holy Quran and familiarize the reader with many important prophetic hadith reports that are the foundation of the Sunni and Shi’a common creedal heritage. This book came about because of the endless questions posed by people afflicted with the Salafist mindset to Sunni and Shi’a pilgrims to the Baqī Cemetery in Medina. As such, it is an excellent resource for Sunni and Shi’a Muslims of all ages in their efforts at understanding the rational and scriptural bases of their common beliefs and practices. 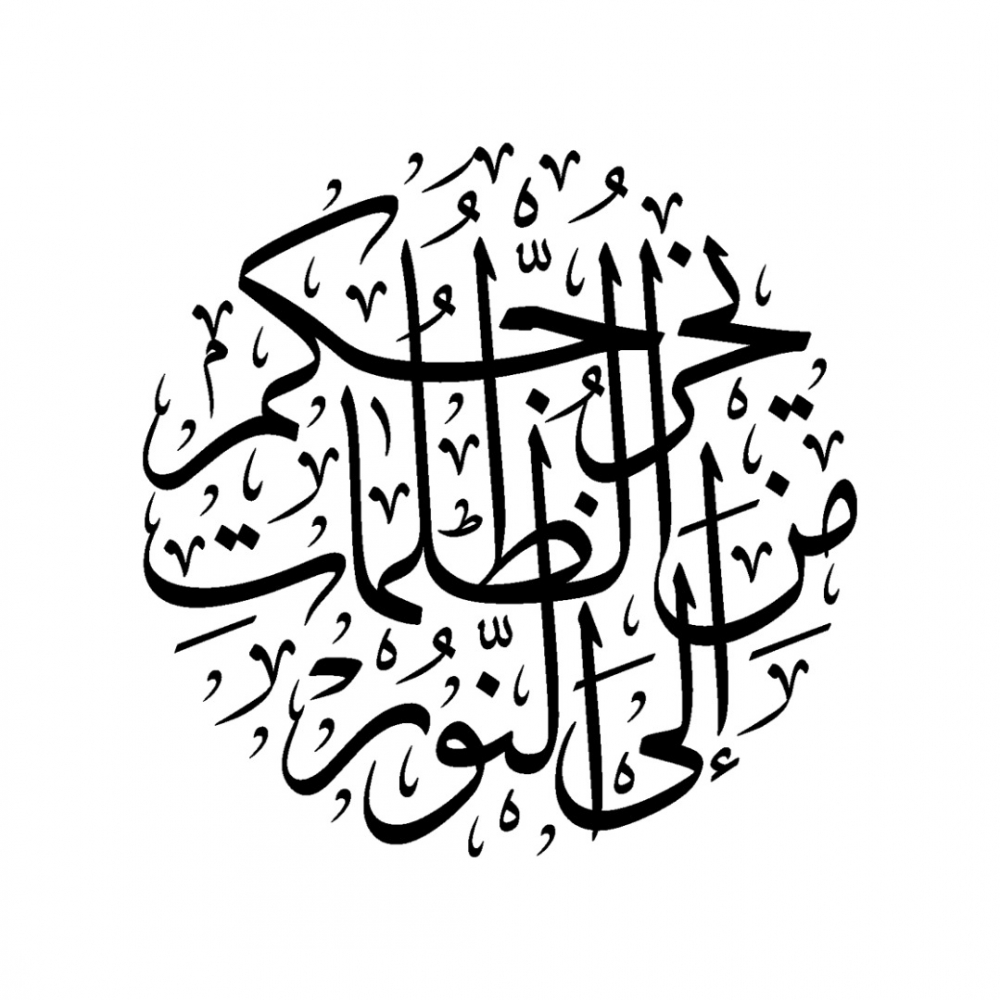 Question 6
Talking to the Dead

[35:22] thou canst not make hear such as are [dead of heart like the dead] in their graves.

Yet, the Shī’a talk to the dead and seek intercessory recourse (tawassul) from them. What sense does that make??

What is being referred to in these two verses are not those who are physically dead; what is meant are those who do not want to hear the truth and are lost in error as a result. This fact can be seen quite clearly in verse 81, where Almighty God tells the Prophet that the people whom he sees are as dead people who are in motion; they are as dead people who are walking the earth rather than being buried. These kinds of people [whose hearts are dead; whose faculties of understanding are defunct] cannot be considered to be alive [in any true and meaningful sense of the word]. But then God  addresses the Muslims who are capable of accepting guidance (none canst thou make hear save such as [are willing to] believe in Our messages), telling them to believe and have faith in God’s messages and to surrender themselves unto God.
But the following verses demonstrate the matter even more clearly:

[35:19] For [thus it is:] the blind and the seeing are not equal; [35:20] nor are the depths of darkness and the light; [35:21] nor the [cooling] shade and the scorching heat: [35:22] and neither are equal the living and the dead [of heart]. Behold, [O Muhammad,] God can make hear whomever He wills, whereas thou canst not make hear such as are [dead of heart like the dead] in their graves: [35:23] thou art nothing but a warner. [35:24] Verily, We have sent thee with the truth, as a bearer of glad tidings and a warner: for there never was any community but a warner has [lived and] passed away in its midst.

So here we can see that the Quran says that the blind and the sighted are not equal, shade and burning heat are not equal, and the alive and the dead are not equal. Pay attention to the juxtapositions which are being made. These are all spoken in the language of allegory and allusion, at the end of which the conclusion is reached that one cannot make those who are dead [at heart] hear [messages which convey the truth].
Additionally, in verses 22 and 23, there is a caution or reprimand against getting the ‘dead’ to listen. The sentence will not make any sense if one interprets the dead as those who are literally and physically dead. But if we take the sentence to be speaking about the ‘dead’ in an allegorical sense, the sentence makes perfect sense, and the meaning that is yielded from this interpretation is similar to a situation where a teacher might say that it is my duty to teach the lesson, and if no one wants to pay any attention to the lesson being taught, that is their prerogative, but I will have carried out my duty regardless.
In sum, we can say that the verses which you have referred to by no means support the unwarranted conclusions which you have drawn from them, and have nothing whatsoever to do with the question as to whether or not the dead do or do not hear people’s voices when they are spoken to. Rather, what God the Sublimely Exalted is saying in the verses is that it is not possible to awaken one who is pretending to be asleep.

"A comprehensive yet succinct explanation of the basic objections by the Wahhabis of the fundamental tenants of Islam. Perfect for uni students having to deal with such questions in their Musallahs!"